Anything modular synth related that is not format specific.

Acsii wrote:Obviously not a Modular... but have a pic of my 'studio' EDIT: The picture-ception thing is for another forum

I profess ignorance...what is it?
Top

The "little room". No space for the mixer at the moment, so all mixing done ITB in Reaper, outboard filters/fx patched in via audio interface send/returns.

Unfortunately (?), my office (I work from home) is in the same room. Endless temptation

Welp, now that the Sub Phatty hath arrived, this part of the studio seems relatively stable. Give it 20 minutes though, now that I've publicly stated that it's going to stay this way.

I hope metasonix sees this
Top and my System 700 and the moog clone one is in this video as well..

1st track: System 700 only
2nd track: the Moog only (same track as above but with some gearporn from our happy knobbing meeting) showing my synths as well but even more you might love.. or not

I haz a wrench, to fix da synth.
http://www.analoguediehard.com/
Top

The Real MC wrote:Calibrating the PAiA in 1981.

Good luck with that!
Top

I used to have 6U but try to make it as compact as possible these days! Slowly whittling away it seems just finished up my first meditation album that you can find here...
http://healingchime.com/dasi-dasi/
more pics on facebook...
https://www.facebook.com/pages/Dasi/578287558882979 Oh i have some nasty ones too...i just keep em in the closet. The bontempis only come out at night
Top

My main studio space as of this past weekend, when a small modular system (a pair of Pittsburgh Cell 48 cases) was added: Sunhill Studios 2013 by pet sounds and villains, on Flickr

The main playing surface. Space is limited, but the cells fit right in. I'm trying to sell some of the old virtual analog synths seen in the above picture so that the modular stuff can expand, but this will do for now: Two Cells in re-arranged play surface by pet sounds and villains, on Flickr
Last edited by jshell on Tue Jun 25, 2013 11:41 am, edited 1 time in total.
Jeff Shell for Eucci and AODL
Finest harsh noise and electroacoustics since 1994

What is that keyboard on the right?
Top

IR wrote:What is that keyboard on the right?

IR wrote:What is that keyboard on the right?

I just realized that from the angle of the picture, the MiniAK and Korg MS2000BR behind it look like a single synth monster. I'm actually trying to sell both of them. They're decent synths, and the I like the MiniAK (basically a rebranded Alesis Micron), but it turns out that they're just not my style. I was trying to force myself to try some more conventional approaches to music a couple of years ago but it didn't really work out.

But if I don't find any local buyers, I might start tinkering with the MiniAK again. I think I could dig deep into its programming and try to use it more for unconventional means

I would just rather have a couple more rows of modular gear or noise/guitar pedals taking up that space these days.
Jeff Shell for Eucci and AODL
Finest harsh noise and electroacoustics since 1994

Some pics of the newly completed modular and monster rack. I just finished today! Next, I'll need to reorganize the modules, but that can wait for now. Eventually everything will go into one large, portable case. Right now I want to play! I'm having so much fun with my new modules the other corner is feeling neglected... a little corner of my little/young modular set up, more to come
https://soundcloud.com/wertham
http://wertham.wordpress.com
Top 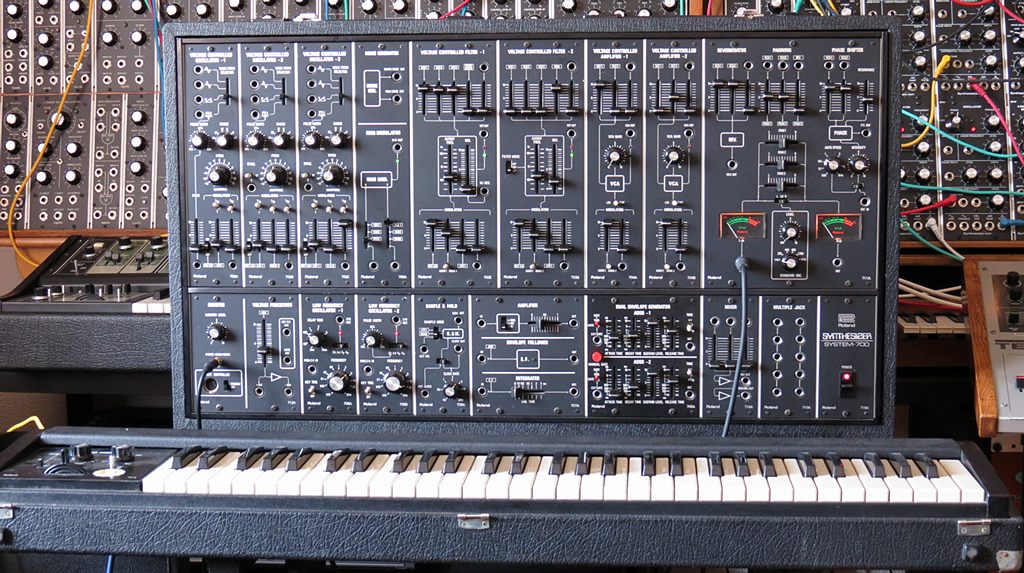