I have reached a point where I think I need to downsize my guitar rig. I have a tube halfstack right now that is simply just too loud for anything I need to do.

I have been pretty happy with my pedal set up and I think I have finally got my overdrive locked in to 'my sound.' I'm either going to go for a small tube amp that I will run clean or go for something stranger.

basically just looking for weird/cool factor if small tube amps are the way to go...
Top

Not solid state, but my favorite amp ever is the audio kitchen big trees. IMHO a truly incredible little amp.

On the solid state side the ZT lunchbox is a nice little amp, but nowhere close to as fun as a big trees.

Crate made this cool thing for a while - supposedly sounds like ass by itself, but pretty decent if you run effects into it -

It seems to me there was a thread about solid state amps before here, with some good recommendations - ?
flickr cloud of sound touyube NOT A MODERATOR ANYMORE
Top

I also second the ZT lunchbox as a simple solution to a small solid state amp - use it with its cabinet. Strictly small venues, but works quite well.

And, if you want to use it as a practice amp, the "one" doesn't sound as if it will blow your roof and make the neighbors want to kill you.

On the other hand, paid quite a sum for a Fender Deluxe Reverb (these things are terribly expensive in my part of town) just to find out I never touch it.....
http://soundcloud.com/wsmetak
Top This is the law.
Top

I'll third that. That is what Mike Griffin of Bonton and Mark Shaffer of Caterwaul used. And e-bows.

I am also VERY partial to Red Stripe Peavey Bandit 112's. (Toss the Sheffield speaker and put in your favorite Eminence.)
If I have water in my ear, is it safe for me to listen to electronic music?
Top

Random ass first post, but one of my favorite amps is the old solid state Randall commander, with the orange stripe. They sound very fendery and I basically use mine as a pedal plattform
Top

I'm also a Jazz Chorus fan but the 120 is LOUD, I love mine but I'll likely pick up the smaller JC-40 some day for use at home.
Top

You might want to check out the Vox Pathfinder 15. It is good for cleans, especially considering the price; it can be found for dirt cheap. In my experience, it also handles dirt and fuzz pedals rather well.

If you want something louder, maybe go for the old Sunn solid state amps (Sunn Studio Lead/Beta Lead) or something by Acoustic Control Corporation. I've never tried them but they are supposed to be some of the best SS amps out there.
Top

technicoloraudio wrote:
This is the law.

This is the commonly accepted wisdom. I find the Crate VTX 200S to be a much better amplifier in all regards. They are super-bargain although rather heavy. The Tech 21 Trademark series of amps sounded great to me.

bryantabuteau wrote:+1 for JC-120, but I'm also a huge fan of the Tech-21 Trademark line of amps. The Trademark 60 is great.

I love my Trademark 30! It's super useful in non-loud situations.
Top 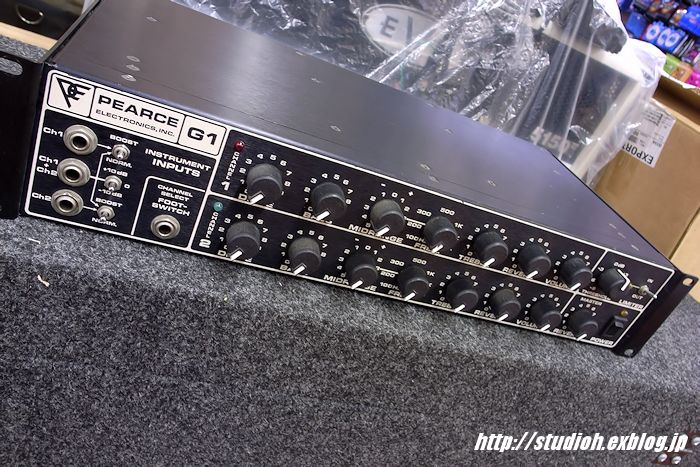 I just sold mine off recently (needed work and I'm just not that handy with a soldering iron) but it was really an interesting piece of gear. Apparently the guy who made these things had this dream of building the greatest solid state guitar amp of all time. ...right as tube amps became popular with guitarists. Mine was busted when I got it so I never got to try channel one (the higher gain channel of the the two) but channel two's cleans were impeccable. With the gain turned up and a Tube Screamer in front of it...

+1 for the Roland JC-120 here. Loud as all hell when you need it to be, great chorus/vibe and reverb. Takes pedals like a champ, and will stand up to putting other things besides guitar into it. Very durable. Looks cool too!
I'm starting to think I need more VCAs
Top

I recently tried a quilter ss amp and was not displeased. Also I am a fan of the early Yamaha g series ss guitar amps
Top

Some friends of mine took ZT Lunchbox amps with them on tour, because they wanted to travel light. They were happy with them. I thought they sounded good too.
Top

Love my Polytone 102, it's clean as a whistle and sounds great with my fretless bass. The Polyonte Mini Brutes are pretty revered in jazz circles as being nice and clean, but have never had the privilege to play one.

Venetian Snares wrote:I wanted it to sound like a giant hovering boulder on fire

The AMT Hammerhead nails the sound of my Mesa Dual Rectifier pretty well. Their other amps are pretty good too.
Top
Post Reply
84 posts