Anyone got info on these or recognize these?
I met a guy who has them for sale.
I've bought gear from him in the past, it all belonged to his son. 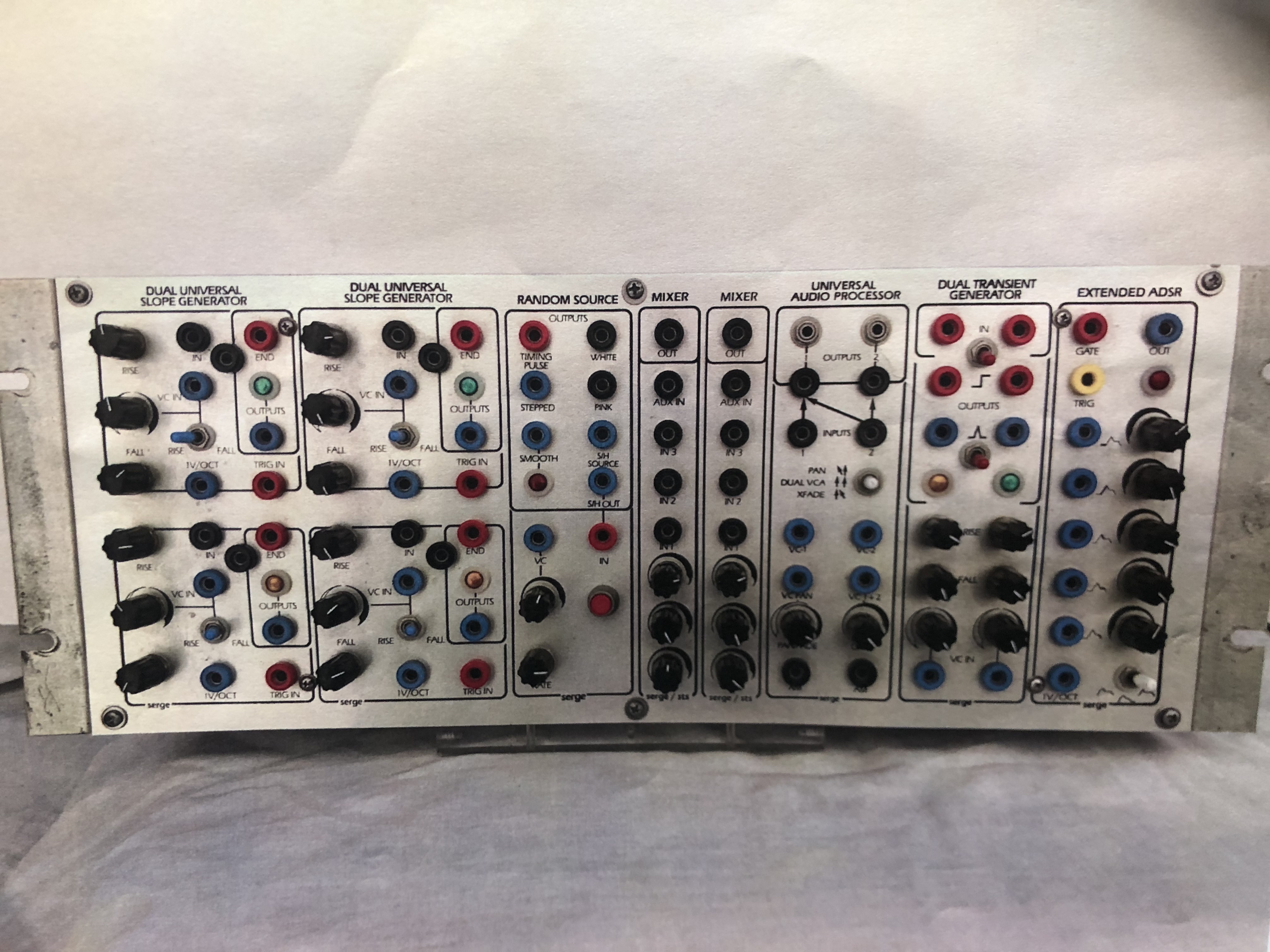 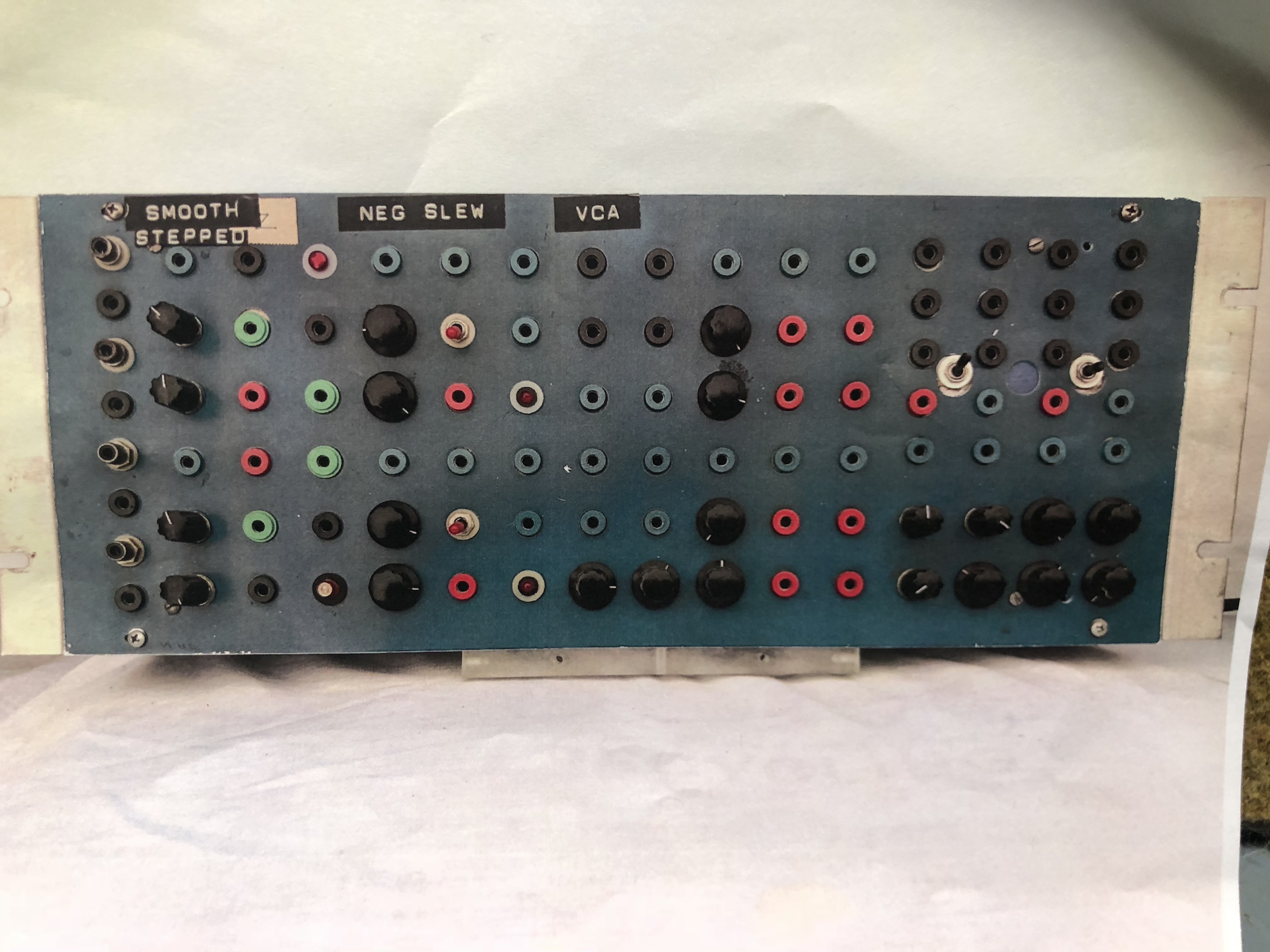 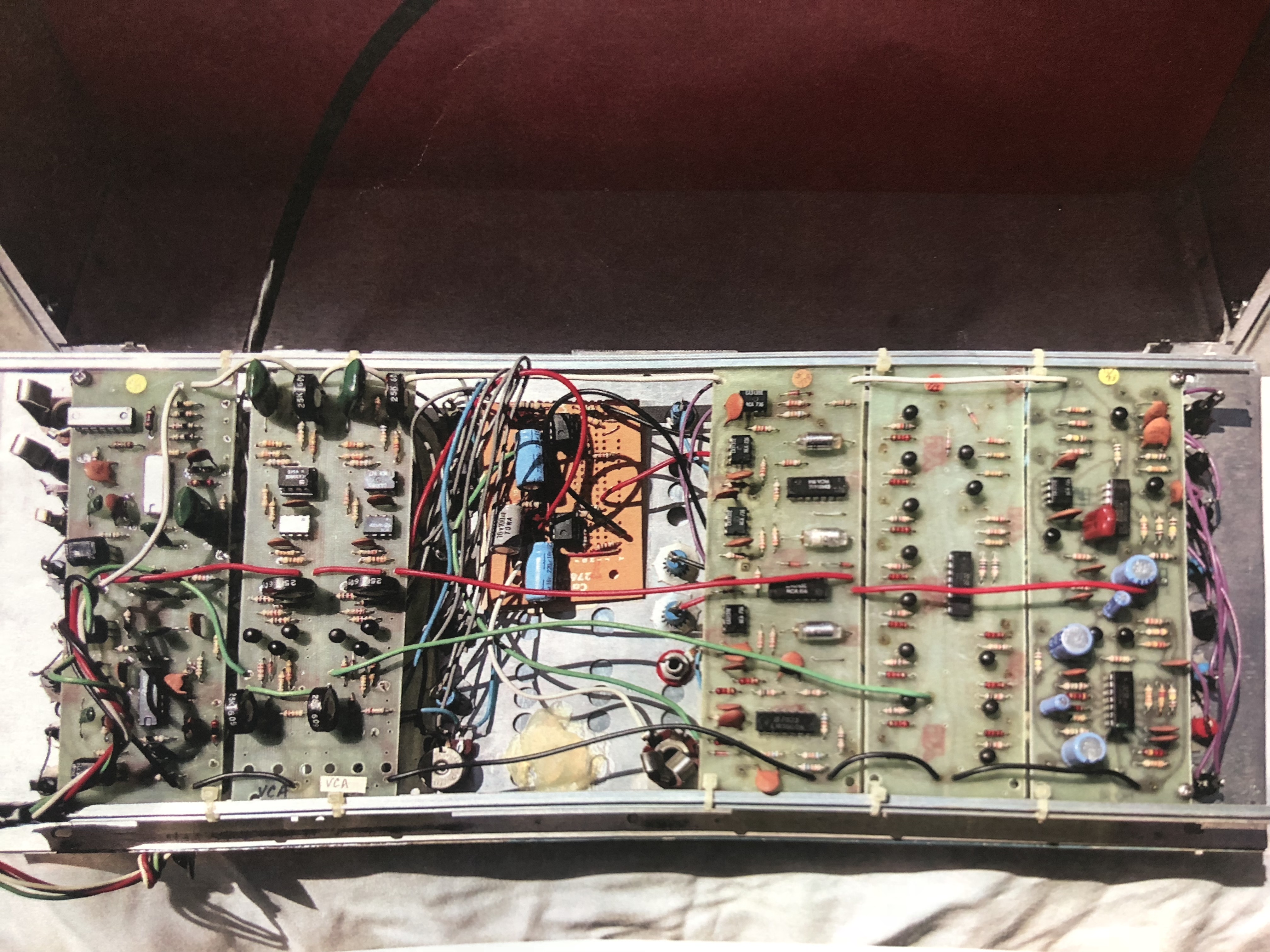 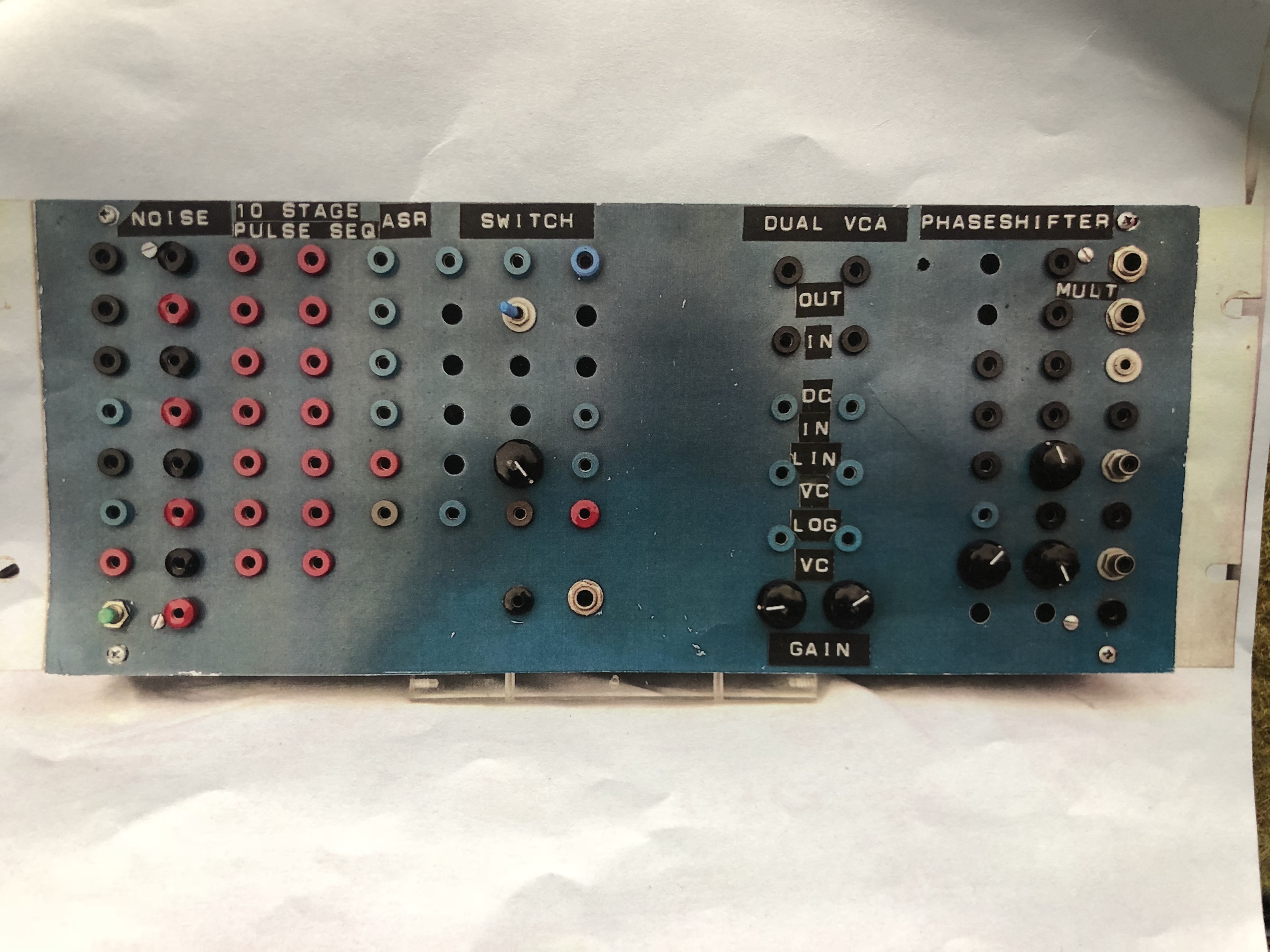 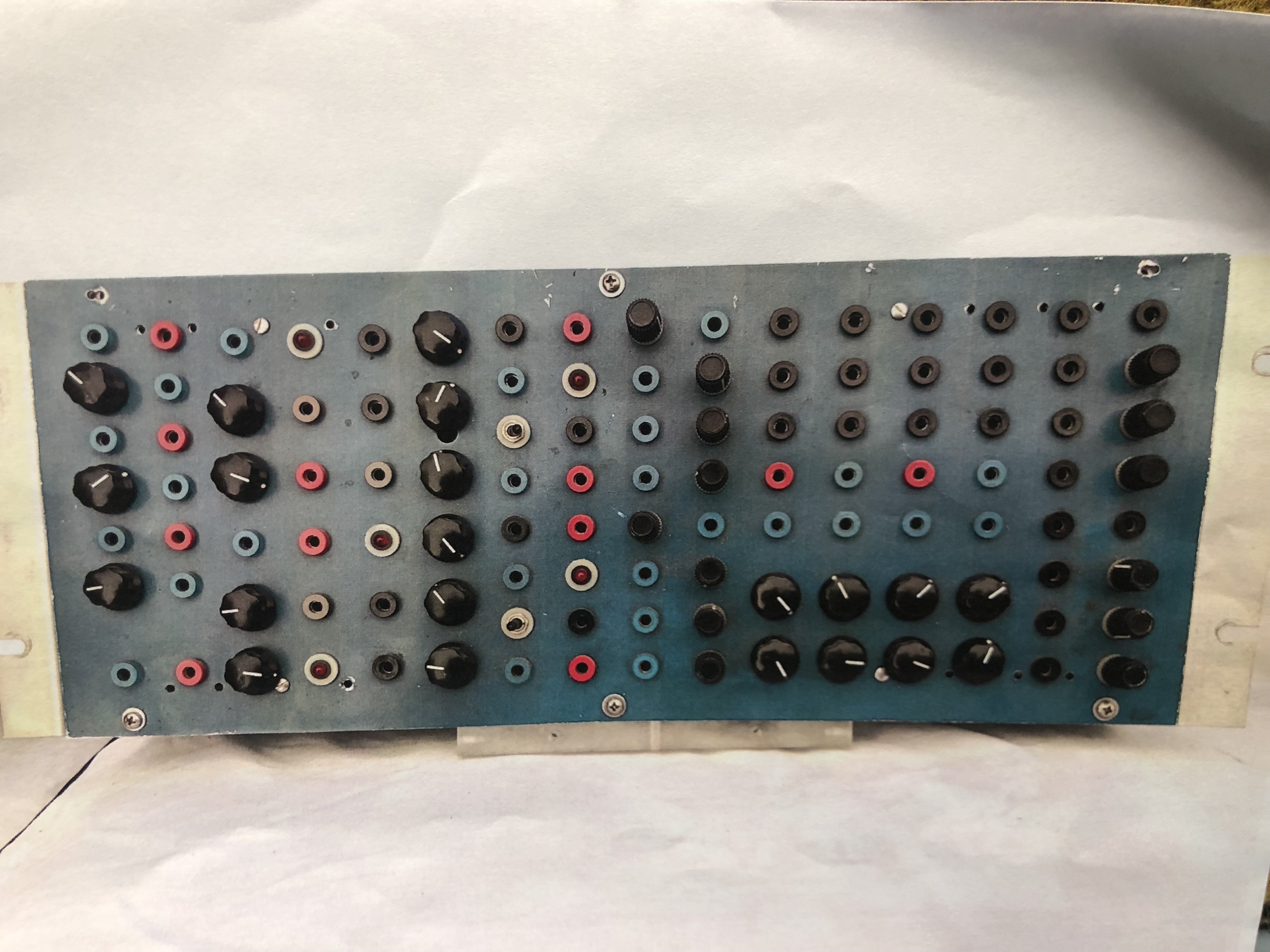 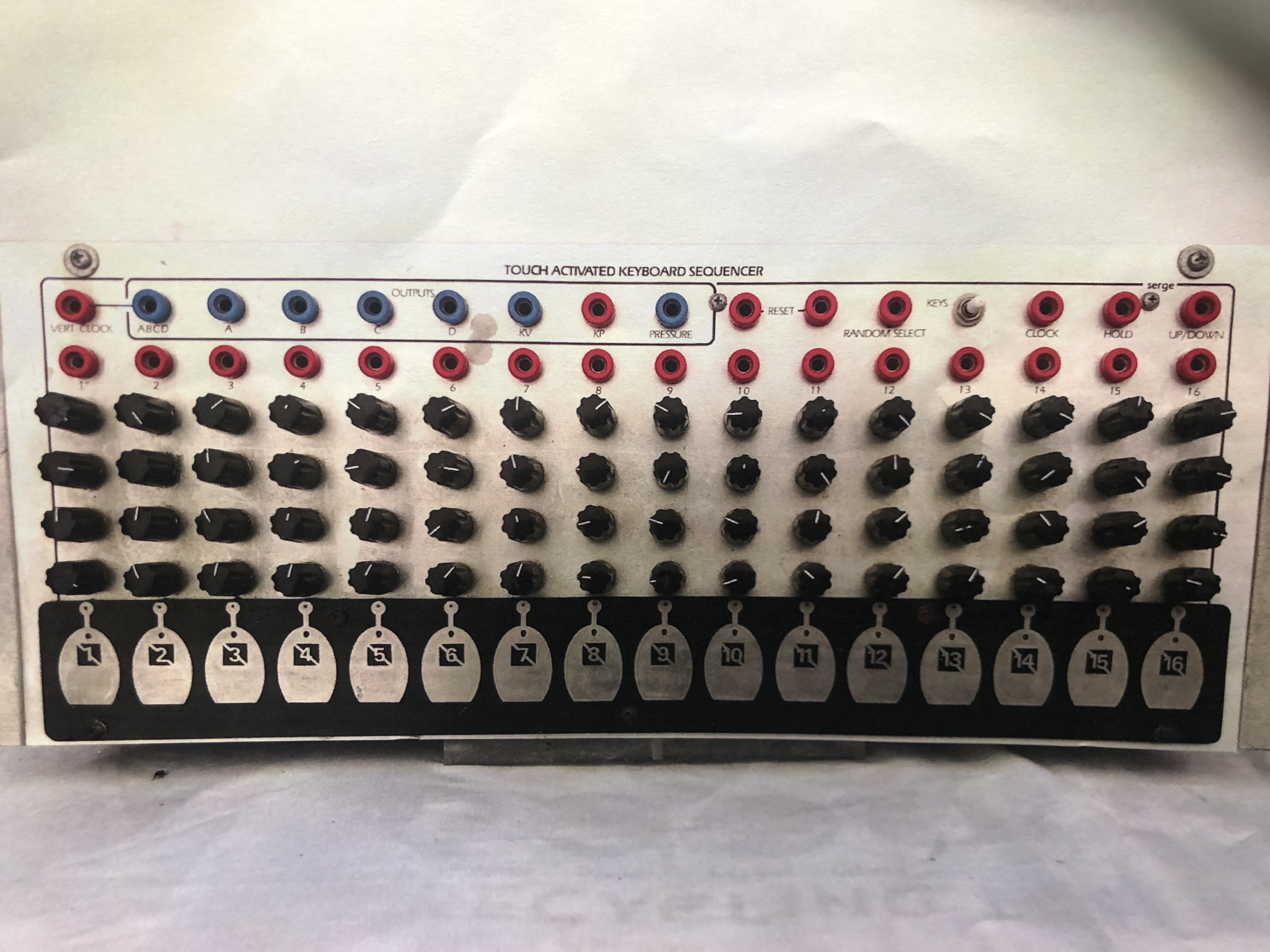 The drill patterns look like how the paper face were done, being able to fit 6 or 8 rows, with all holes the same size. The PCBs also look like authentic serge besides the perf board switch. I wonder if the paper face just came off of them and was replace with the blue material? Just a guess. Would love to find out more and see more pictures!
Top

The top & bottom ones are likely early STS-era Serge... looks like the top one has "serge/sts" listed at the bottom of the mixers?

Of the paperface ones, they appear to be era PCBs (as mentioned above), but I am no expert.

Module-wise, on the top one, to the right of the two VCAs it appears to have a Positive Slew and two VCFQs.

The bottom one that is totally unlabeled looks like a triple comparator (compressed, with the Schmitt Trigger at the bottom?), an SSG, a DUSG, a dual processor, two VCFQs (without range switches), and a dual mixer.

It is interesting seeing the VCFQs (and so many of them!) in the same panels with the old positive & negative slews. I wonder if these were made at some point with left-over PCBs and panels, after the paperface era had ended?
Top
Post Reply
4 posts • Page 1 of 1